A big thank you to Ali, Bernadette and Josie of the Kemet Klub for the invitation to speak about the ‘Archaeology of Alexandria’ across two weekends in December 2022, and thank you to everyone who came along. I hope you all enjoyed listening to the talks as much as I enjoyed putting them together! What follows is a guide to the resources I used in putting the talk together, references to further reading etc.

Alexandria was one of the great cities in the ancient world. Although Alexander the Great had died before the port he had founded could be built, his body was buried there, and it became the capital of the dynasty founded by his general Ptolemy (I), which came to an end with the death of the famous Cleopatra. Her tomb was also in Alexandria (probably!). Over the centuries Alexandria has been the scene of numerous pivotal events in ancient history. Many of its great monuments, including the lighthouse, one of the ancient wonders of the world, have been lost, but traces survived into modern times. Much that remains is now concealed beneath the modern city – Egypt’s second largest – with much more hidden under the waters of the Mediterranean.

First of all the slides for my four talks were as follows:

2: The Tomb of Alexander the Great

4: The Tomb of Cleopatra

The map of sites mentioned in the talks which I created in Google Earth is here.

Please do take a look – it’s a great way of exploring the archaeology of Alexandria in its modern setting!

The first talk, ‘Founding & finding an ancient capital’ focussed on what we know about the the city and its foundation by Alexander the Great from the Classical sources.

For Alexander’s life and campaign including his sojourn into Egypt and foundation of Alexandria, I used Romm, J (Ed.), Alexander The Great: Selections from Arrian, Diodorus, Plutarch, and Quintus Curtius. And although it must be used with caution as its less accurate record than propaganda, I hope you will have enjoyed the stories in The Alexander Romance, for which I used Stoneman, R, The Greek Alexander Romance.

I drew heavily on Strabo’s description of Alexandria to give an idea of what the city was apparently like in the first years of Roman rule. The relevant volume of his Geographica is XVII, which is freely available online here. 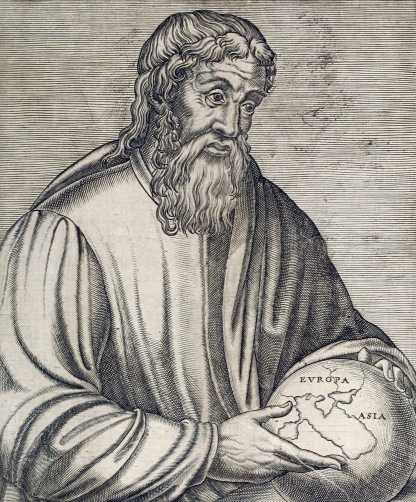 My first presentation included one or two maps from Bagnall and Rathbone’s excellent and concise guide to Ptolemaic, Roman and Late Antique sites and monuments in Egypt, Egypt from Alexander to the Copts.

I also used – in several of my talks – some of the beautiful and brilliant reconstruction drawings of ancient sites in Alexandria made by Jean-Claude Golvin whose website and published books are a treasure-trove of his visions of what the world looked like in the ancient past. The Egyptian section is here. I also made use of a few screenshots from Assassins Creed Origins – for an explanation of how I came to use a video game as a source of images for my work you might be interested to read my piece on the ‘Playing in the Past’ project.

A view out across the Great Harbour towards the lighthouse on the island of Pharos, as it appears in Assassins Creed: Origins.

Most of the maps I used throughout the four talks, and in particular in the third on ‘Reconstructing the City’ come from Judith McKenzie’s magisterial book, The Architecture of Alexandria and Egypt: 300 BC – AD 700. On several occasions across the four talks I used a map of the archaeological remains discovered underwater by Frank Goddio which comes from his book, Alexandria: The Submerged Royal Quarters.

I have previously given versions of my second talk, on ‘The Tomb of Alexander the Great’ and although my slides were a little different I don’t have much to add in terms of links and further reading to what I have already posted here. 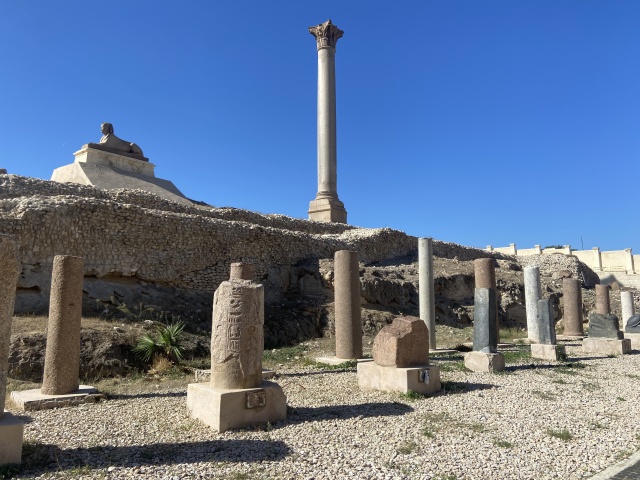 I opened my third talk, ‘Reconstructing the City’ with a rather disappointed George Sandys’ account of his arrival in Alexandria at the beginning of the 17th century (“But Ah how much different is That Niobe from this!”). His A relation of a journey begun An. Dom. 1610 is freely available online via the wonderful archive.org, here. Sandys is one of my favourite characters and you can read more about him and his travels in Egyptologists’ Notebooks.

Luigi Mayer’s Views in Egypt from which I took several of his late 18th century drawings of Alexandria is also available via archive.org, here.

Luigi Mayer’s view of the main E-W running street in Alexandria with the mosque of el-Atarin at left and red granite columns still standing on the right.

The splendid map of the city produced by the artists, scholars and scientists who accompanied Napoleon’s armies to Egypt in 1798 is taken from the second volume of plates in the ‘Modern Egypt’ section of the Description de l’Égypte which are freely available here.

Map of Alexandria from the the ‘Modern Egypt’ section of the Description de l’Égypte.

I reproduced a number of photographs from Adriani, A, Repertorio d’Arte dell’Egitto Greco-Romano Series C (Rome, 1966). Achille Adriani was Director of the Greco-Roman Museum in Alexandria from 1932 to 1940 and again from 1948 to 1952 and as such was effectively chief archaeologist in the city and either excavated or documented a huge number of the ancient monuments. This volume is an indispensable record of what he found and the condition of the monuments in the middle of the 20th century and yet tragically it’s very difficult to come by. I managed to track down a copy of the plates volume during my work on the ‘Baths of Cleopatra’ in 2020. I hesitate even to mention it here as its so difficult to find but if anyone comes across another copy, especially the text volume, I’d be very interested to know!

For the cemeteries of Alexandria I highly recommend Venit, M, The Monumental Tombs of Ancient Alexandria: The Theater of the Dead although sadly this is another of those books that ‘s quite difficult to come by now (I have my own copy now but it wasn’t easy to find and not cheap either!).

Tomb no. 1 in the Moustafa Pasha necropolis.

My fourth talk, The Tomb of Cleopatra was, as with the second, a revised version of a talk I have given previously, and there is therefore already a guide to further reading etc relating to the subject here.

The article from al-Monitor reporting on the recently discovered tunnels at Taposiris Magna is here.

I can’t resist mentioning the ‘Lost Baths of Cleopatra’ which I discussed in previous versions of the talk, and which became the subject of a pet project during the lockdown in 2020 – see my piece here. The disappearance of the baths and nearby ‘Grand Catacomb’ of the Wardian district of Alexandria seems to me to exemplify the issue that Alexandria and its archaeology is so unfamiliar to so many of us, even specialists. Marjorie Venit summed the situation up nicely in her Monumental Tombs book (mentioned above):

“three major reasons conspire to keep Alexandrian monumental tombs almost entirely unknown beyond the few scholars who excavate in Alexandria or those who take particular interest in its monuments. First, now, as in the nineteenth century, Egyptian archaeology primarily focusses on the splendor of Egypt’s more easily visible and more exotic pharaonic past. Second, most tourists and the great majority of scholars arriving by air directly in Cairo find it even more convenient to avoid the city than did their nineteenth-century sea-dependent counterparts. Third, despite recent archaeological activity, the greatest number of Alexandrian tombs were excavated before World War II and, aside from the tombs at Chatby published by Breccia, those at Kom el-Shoqafa that comprise Schreiber’s monumental work, and those excavated in the 1930s at Moustapha Pasha published by Adriani, they exist only in difficult-to-access preliminary reports.”

I’m still a relative newcomer to Alexandrian archaeology myself but having written about the tombs of Alexander and Cleopatra in Searching for the Lost Tombs of Egypt, and spent a good while searching for source material for a map of Alexandria to go in Cleopatra Tells All!, I’m thoroughly hooked! And I’m very grateful for the opportunity to share a little of what I’ve learned with the Kemet Klub of course 🙂 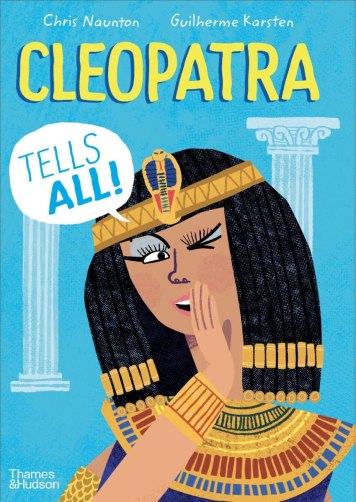 As always if there’s anything I’ve missed or if you have any questions please let me know via this page.