So, I have new role… I am delighted to announce that I have been appointed Director of the Robert Anderson Research Charitable Trust (RARCT) with effect from March 2017. Up to that time I will be learning the ropes as ‘Director designate’.

The Trustees’ announcement is here.

The Trust is a wonderful organisation whose work I have admired for some time. Its purpose is ‘to offer postgraduate students and visiting academic staff accommodation and financial support for short periods of intensive research in London’. Since its establishment in 1989 it has brought dozens of students and scholars, mostly from the Middle East and Eastern Europe, under its wing in London, providing them with the opportunity to make use of specialist libraries and the Trust’s network of academic contacts to further their studies. Many of its visitors have been archaeologists from Egypt, reflecting the founder’s interests, and indeed its work provided some of the inspiration for the Egypt Exploration Society’s programme of scholarships, which I helped to establish in recent years. 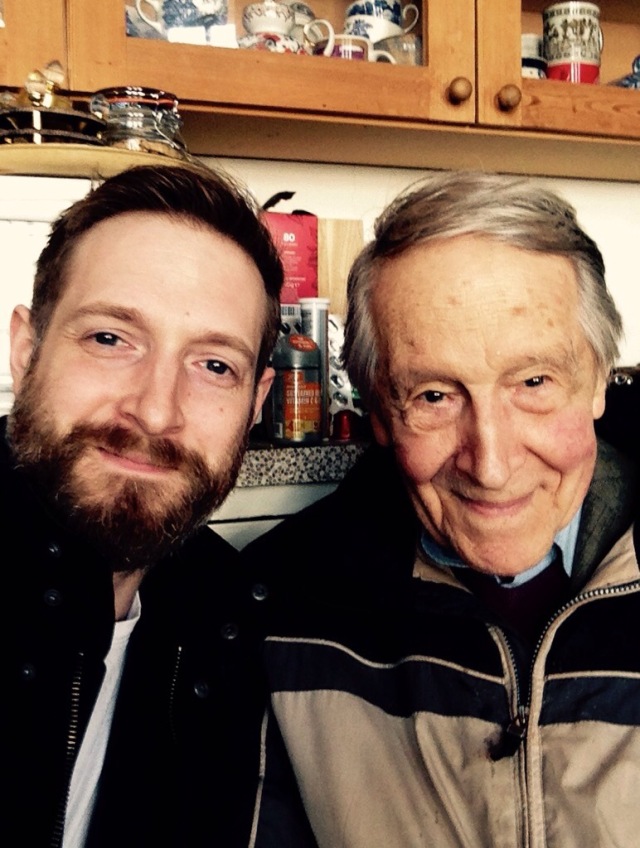 Robert Anderson and me in his kitchen, March 2015

The Trust’s founder, Dr Robert Anderson, was an extraordinary man, of wide-ranging interests, and many and varied talents. He was an Egyptologist and also a musician, equally at ease whether reading a hieroglyphic inscription or conducting an orchestra. Robert was also a friend of mine and a great source of inspiration and encouragement to me in my work. When he died last year, aged 88, but still very actively involved in the work of his Trust, tributes poured in from his many friends, colleagues and students around the world. My own was published in Egyptian Archaeology earlier this year (and is reproduced here courtesy of the Egypt Exploration Society). He left behind a rich legacy in the books, articles and other works he wrote, in the many students whose lives were enriched by his teaching, and of course in the Trust. 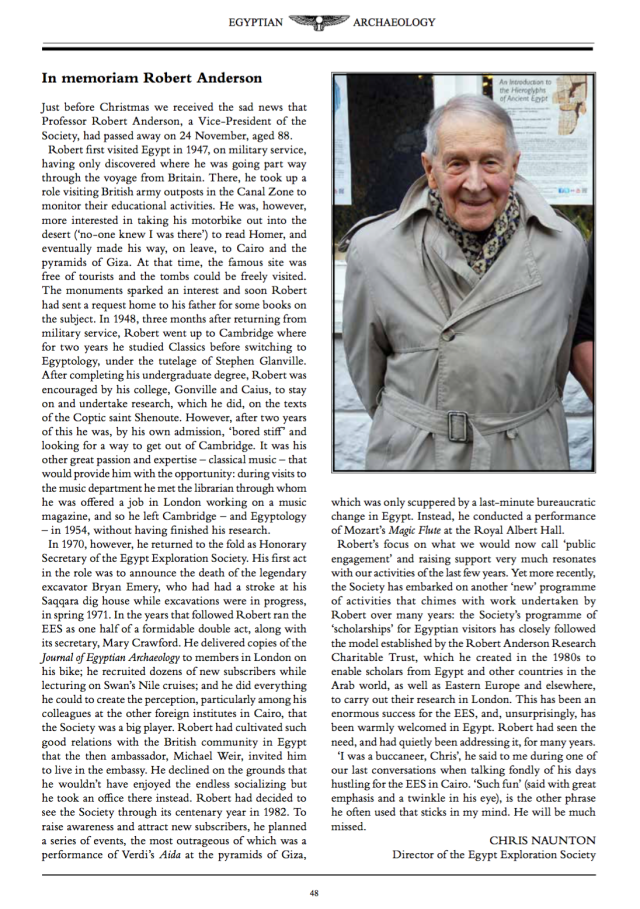 My tribute to Robert in Egyptian Archaeology

I’m really excited to have been given this opportunity. The Trust’s work is rooted in values which one could be forgiven for thinking are becoming lost in today’s world: the exchange of ideas between people of different nationalities and cultures, particularly those coming from some of the most troubled parts of the world; an emphasis on knowledge, scholarship and expertise, particularly in the arts and humanities; and the provision of accommodation in parts of London that are increasingly reserved only for the very wealthiest in society.

In these difficult times, the value of this work seems likely only to increase. I can’t wait to get started and look forward to sharing more of the Trust and its work with you as we go along.